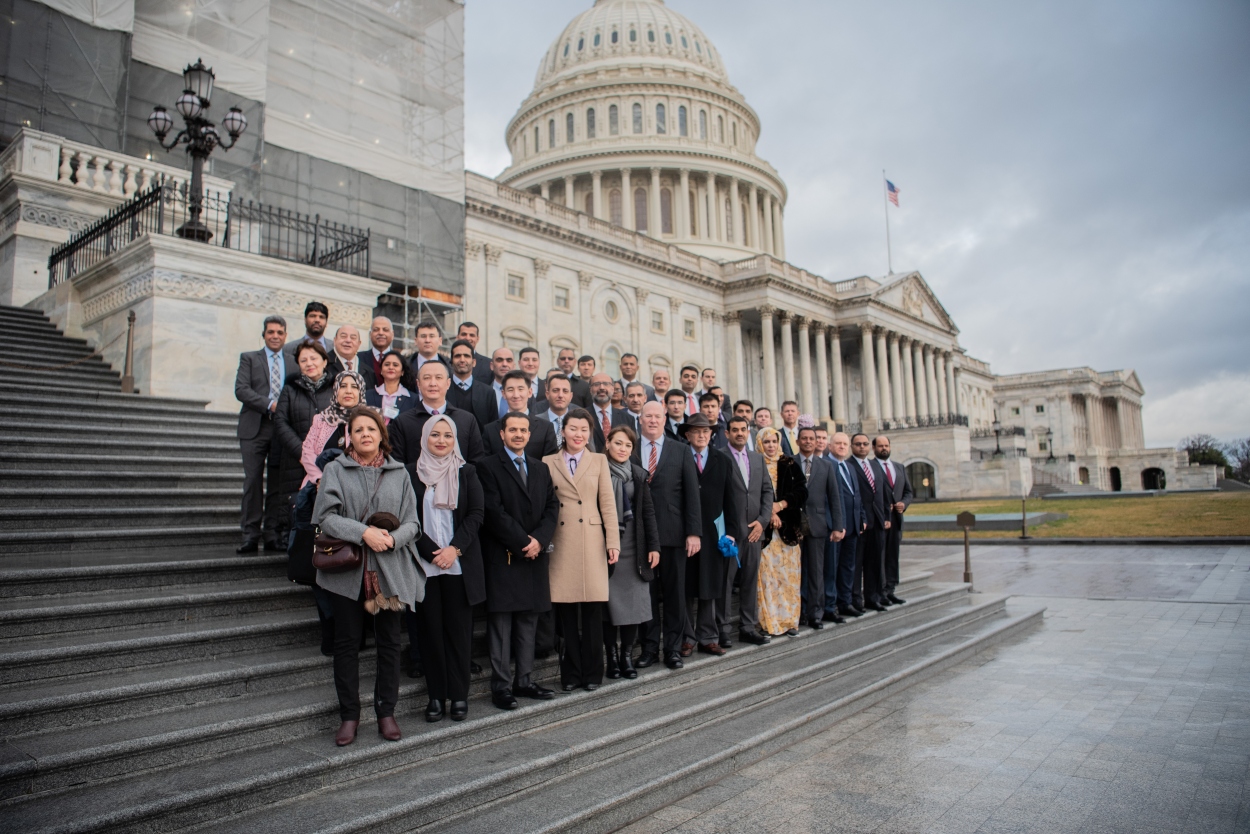 Lecture and discussion topics included Iran’s security thought and internal politics, methods of countering Iran’s nuclear ambitions and its wide range of malign regional activities, the role of great power competition in the NESA region, as well as the future trajectory of the Islamic Republic.

During their time in Washington, D.C., the ES group participated in several off-site visits including a program visit to the Middle East Institute and a tour of the U.S. Capitol building, where participants engaged with the Honorable Jonas Martin Frost, who previously represented Texas’s 24th District.