**The NESA Center is no longer accepting applications for Spring ’22 Internships. Application information for Summer ’22 Internships will be posted in late January ’22.**

To apply, send your resume, cover letter, and writing sample (1-3 pages) to Mr. Sam Marrero at Samuel.Marrero@ndu.edu. The NESA Center reviews internship applications on a rolling basis, so interested applicants are encouraged to apply early. NESA internships are full-time and unpaid.

Note: internships are being conducted in a flexible hybrid remote / in-person model. 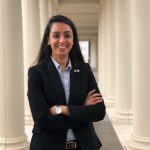 Nadiya Khaydari is a senior studying Economics and Political Science at James Madison University. Her academic interests include immigration and refugee policies, international affairs, and counterterrorism. Prior to joining NESA, Nadiya worked as Woodson Martin Democracy Advocate conducting research and programs on immigration and refugee related topics at the JMU’s Center for Civic Engagement. While at NESA, she hopes to learn more about emerging political and security threats while gaining necessary skills for conflict resolution in the NESA region. 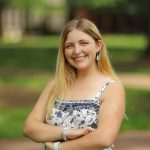 Caitlyn Kirby is a senior pursuing a double major of Politics & International Affairs and Japanese Studies at Furman University in Greenville, South Carolina. Her academic interests include U.S.-Asia foreign policy, human rights in Asia, Asian regional defense policy, and the international complexities of the region in the modern world. Prior to joining NESA, she aided in research during her time studying abroad in Copenhagen, Denmark, focusing on the development of the European Union and their international policies alongside the rise of Russia and their strategic defense tactics of hybrid warfare. While at NESA, she hopes to expand her understanding of international politics and security challenges of the NESA region in order to grasp the context of global international diplomacy and prepare for a future career in foreign affairs. 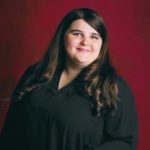 Katelyn Capodagli is a senior at the University of New Haven pursuing a major in National Security with a concentration in International Security and Justice. Her academic interests include international affairs, foreign policy, security, and counterterrorism. Katelyn studied abroad in Prato, Italy where she gained valuable knowledge on international relations. During her time at NESA, Katelyn hopes to gain a deeper understanding of the security challenges and foreign policies in the region. 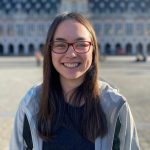 Lien Knaepen is in her last year of a bachelor’s degree in Political Science and Sociology at KU Leuven in Belgium with a specialization in International Affairs. Her academic interests include the rise of China and great power dynamics, nuclear security and energy, and international development. Prior to joining NESA, she spent a year in China to study Chinese language and culture. In her studies, she’s researched China-US-EU relations concerning climate change, European nuclear policy and peacebuilding in South East Asia. At NESA, she hopes to further develop her research and writing skills and deepen her knowledge of the NESA region and its security challenges. 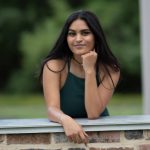 Suravi Kumar is a sophomore at George Washington University majoring in International Affairs with a concentration in Security Policy and a minor in Religion. Her academic interests include Middle Eastern and South Asian politics and conflicts. Before joining NESA, she gained experience about Middle Eastern and South Asian politics as a research associate at the Eurasia Center. There, she authored a brief about Afghanistan at the time of the United States’ withdrawal. At NESA, Suravi hopes to gain a deeper understanding of the domestic and geopolitics of South Asia and the Middle East, as well as analytical skills to facilitate conflict resolution and to propose effective policy combat security concerns in those regions 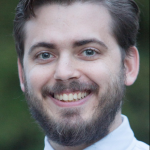 Owen Cox is a second-year graduate student at Georgetown University’s School of Foreign Service, in the Masters in Arab Studies program (MAAS). Prior to the MAAS Program, he spent three years living in Riyadh in the Kingdom of Saudi Arabia working as an English language instructor for a professional language training school. He also studied Arabic in Amman, Jordan and at SOAS in London. An alumnus of the University of Notre Dame, Owen founded the Notre Dame Alumni Club of Saudi Arabia. Owen is proficient in Modern Standard Arabic and familiar with Saudi and Jordanian dialects. He is interested in Arabic language and culture, and security cooperation between the US and its partners in the Arab World, particularly in the Gulf. He hopes to return to the region upon graduation. As a NESA intern, Owen hopes to gain a broader understanding of the dynamic security challenges facing the US and regional partners, and work collaboratively to address them.

Reflections from Past Interns

“I had the unique opportunity to assist NESA’s expert faculty research on topics that most interest me and engage with practitioners and government officials directly  from the NESA region. Although my internship was virtual, it was highly dynamic and interactive. I gained skills and connections that have already been crucial for beginning my career in foreign policy.”

“Through NESA, I was able to develop professional skills alongside experts from across the globe. The flexibility NESA offers in developing my own research with guidance from Faculty allowed me to develop skills crucial for my career path. NESA is filled with opportunities that prepare students for the workforce.”

“The NESA Center offered opportunities to which I’d never imagined I’d have access as a student. Not only was I able to take notes and learn from participant programs, but I engaged with participants and even observe high level policy meetings. Very few internships could have offered me the same opportunities as the NESA Center.”

“What was different than other internships was being able to develop our own research interests and getting to interact with participants from the region. That was an incredible experience. As someone who also interned on the Hill, the biggest difference was that NESA helped me professionally develop and expand my network in an area in which I’m interested in working.”

The NESA Center’s internship program is an opportunity for highly motivated undergraduate and graduate students to gain professional skills and subject matter development on foreign policy and national security issues associated with the Near East and South Asia region.

Interns are encouraged to pursue publication opportunities under the guidance of, or in partnership with, NESA Faculty.