COL (ret.) William D. Turner is the Chief of Program Support and has served as the Chief of Outreach. Bill oversees the integration of resources to execute over 60 programs and 50 plus activities annually supporting the Office of the Secretary of Defense Policy involving United States government agencies with officials from 26 countries in the NESA region and numerous other partner countries/organizations worldwide. Mr. Turner retired from the U.S. Army in 2008 after serving 26 years in various tactical through strategic level staff and leadership positions. Prior to joining the NESA Center, Mr. Turner served as a deputy director for the Capstone General and Flag Officer Course at the National Defense University and as an assistant program manager at the Office of the Program Manager Saudi Arabian National Guard in Riyadh, Saudi Arabia. Mr. Turner is an alumnus of the National War College, National Defense University. 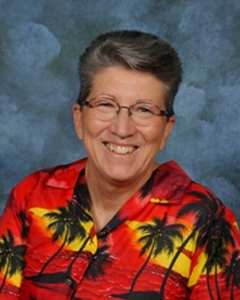 Cindy Pritchett is the strategic planner for the Near East South Asia Center for Strategic Studies and serves as their Liaison to U.S. Central Command in Tampa. Ms. Pritchett joined the NESA Center in 2010, and is responsible for planning, coordinating and synchronizing the Center’s annual program plan consisting of over 70 events in support of Department of Defense objectives.

Ms. Pritchett was formerly a Soldier in the United States Army, retiring as a Command Sergeant Major after over 36 years of active service. She served for two years, as the Command Senior Enlisted Leader of Combined Forces Command –Afghanistan and principle advisor to the Commander on all matters concerning the health, morale, welfare, and support and force sustainment of all U.S and coalition forces assigned. She holds a master’s degree in International Relations Global Studies from Troy University and a bachelor’s degree in administration and management from Excelsior College. 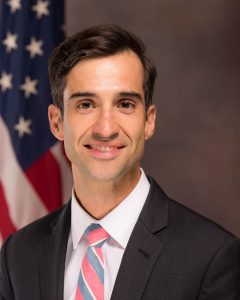 Sam Marrero is the Executive Officer at the NESA Center. Prior to NESA, he served as the Special Assistant to U.S. Ambassador Wanda Nesbitt and Research Analyst at the Department of Defense’s Conflict Records Research Center (CRRC). Mr. Marrero graduated from Wake Forest University in 2006 with a Bachelor’s degree in History and received a Master’s degree in International Trade & Security from the Middlebury Institute of International Studies in 2010. He was honored to receive a Critical Language Scholarship for Arabic in 2009, a Boren Fellowship in 2010 to research labor unrest and democratization in the Middle East, an Honorable Mention for the Saul Linowitz Federal Service Award in 2013 for his work archiving captured Al-Qaeda documents with CRRC, the Aspen Security Forum Scholarship in 2016 and the German Marshall Fund Manfred Wörner Seminar Fellowship in 2018. 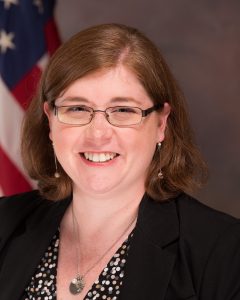 Kathryn Pearce is the Registrar Manager at the Near East South Asia Center for Strategic Studies. She works with the U.S. Embassies, local Embassies, and partners to register all nominees for various NESA courses. She also works in DSAMS, SANweb, and RCPAMS. Her biggest joy is building relationships with the country teams, embassy representatives, and participants. Ms. Pearce joined the NESA Center as the Registrar Manager in December 2018, after serving as the Participant Programs Manager. She has a Bachelor’s degree in International Studies from Berry College and a Master’s degree in International Relations from American University. 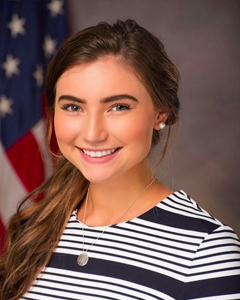 Jaide Tarwid is the Deputy Registrar at the NESA Center. Before joining NESA, Jaide worked with the National Security Commission on Artificial Intelligence where she conducted research on ethical development and fielding of AI. She also has experience working with a non-profit at the Diar Foundation where Jaide assisted with constructing educational security programs for women and children in South Sudan. Jaide graduated with a B.A. from George Mason University double majoring in Conflict Analysis and Resolution and Global Affairs. As Jaide furthers her work with NESA she plans to continue pursuing her studies in international conflict, negotiations, and development. 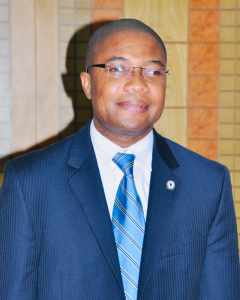 Monas is the Contract Manager and is fully responsible for management and integration of all supporting functions to achieve deliverables for all engagements, programs, and contractor personnel tasked with supporting the NESA Center. This includes the management and oversight of all activities performed by contractor personnel, including subcontractors, to satisfy contract requirements and deliverables.  Monas previously served as Program Planning Manager at the NESA Center. He previously worked at the NESA Center’s sister organization, the Africa Center for Strategic Studies, as Finance and Contract Manager, and as well as Program Support and Accounting Manager, and as later a Program Manager. He has proven expertise in program management, program planning, procurement, accounting, finance, budgeting, and operations experience within private companies, and the Federal Government. He holds an M.S. in Accounting and M.B.A, both from Strayer University’s Graduate School of Business, and is fluent in English, French, and several African languages. 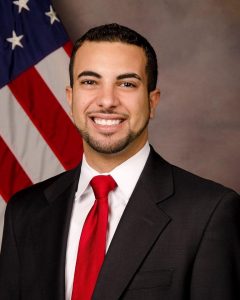 Omar Sedky is the Program Planning Manager. He previously served as Senior Event Program Planner at the NESA Center. He also serves as adjunct faculty for Kean University and Ocean County College. He holds a B.A. in Political Science from Monmouth University and an M.B.A. from Brandeis University’s International Business School. He is an experienced project manager, program manager and analyst, with over 10 years of experience. Mr. Sedky has worked internationally in both government and private sector positions, including in politics, defense, education-related development, business expansion, and data analysis.

Ali Muhammed is the Participant Programs Manager at the NESA center. Before joining the NESA team, Mr. Muhammed served as a Foreign Service Officer. His diplomatic tours have included Malaysia, Mexico, and Turkey. He is a native speaker of Arabic and Kurdish, is fluent in English, and proficient in Spanish. Mr. Muhammed holds a B.A. in Law from the University of Sulaimani in Iraq, and a Master’s degree in international Relations from the Alliant International University. 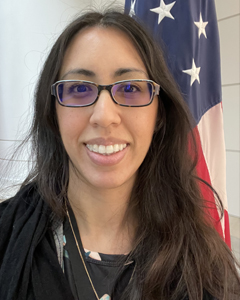 Nancy Luong is the Media and Communications Specialist at the NESA Center. She is responsible for developing promotional and informational material for the Center, conducting media-related research, and recommending means to increase awareness of the Center across the NESA region. Before joining the NESA Center, Mrs. Luong was the Webmaster and Photographer for the Africa Center for Strategic Studies. Her direct responsibilities were with online media, usability, and communications. With over 20 years of experience, Mrs. Luong has held positions focusing on Virtual Instruction, Learning Management, Content Management, Graphic Design, Marketing, Multi-Media, Print, Search Engine Optimization, and Web Design. Mrs. Luong completed a B.F.A. in Communication Arts and Design from Virginia Commonwealth University with a minor in Religious Studies.

Having earned his Bachelor’s degree in Physics, Minor in Mathematics, and armed with MS in Electrical Engineering, Peter’s goal was to complement his natural technical savvy with a strong foundation in Software and Web Development, Networking, VOIP and Ethical Hacking. In order to understand the ever-changing IT field, Peter needed to gain extensive experiences. The best way to do this, he felt, was to join a Big 8 firm within the IT consulting practice. He accepted a position with Booze Allen & Hamilton where he gained extensive software development and RDBMS experience. 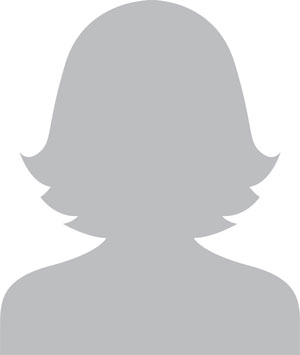 Marlene Ryan is the Senior Event Program Planner at the NESA Center, where she has worked in program management for 15 years. Previously she worked in business development with General Dynamics, and at the Federal Bureau of Investigation’s D.C. Headquarters as a Fingerprint Examiner. 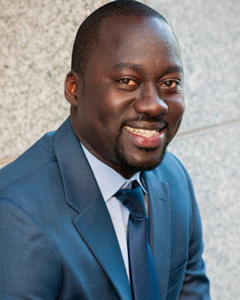 Magoumba Dieye is Senior Event and Program Planner at NESA. Prior to NESA, he worked in the private sector, in the fields of business development, outreach, and events, including as Assistant Office Manager at the D.C. location of the law firm Finnegan. Mr. Dieye holds a B.A. in Public Administration from George Mason University. 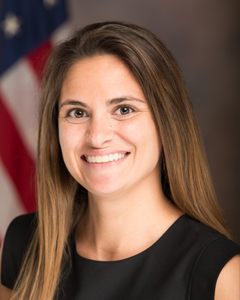 Emily Santucci is the Participant Programs Assistant at the NESA Center. Prior to her current role, Emily gained extensive exposure to the study and research of the Middle East and North Africa region through internships with the NESA Center, Atlantic Council’s Rafik Hariri Center for the Middle East, and the U.S. Department of Treasury’s Office of International Affairs for the MENA Division. She also acquired first-hand experience living in the region while studying Arabic abroad in Amman, Jordan. Emily holds a B.A. in International Affairs and Middle East Studies (with a minor in Arabic Studies) from the Elliott School of International Affairs at The George Washington University.

Michael Riddick is the NESA Center’s Chief of Resources. Mr. Riddick brings to NESA a decade of experience working in financial management for various U.S. Defense Department offices, including Army Cyber Command as well as at NESA’s sister regional center, the Africa Center for Strategic Studies. Mr. Riddick retired from the U.S. Army in 2007. He holds an MBA from Strayer University, an MA in Human Resources Management from Webster University, and is a graduate of the Army Comptroller Course from the Whitman School of Management, Syracuse University. 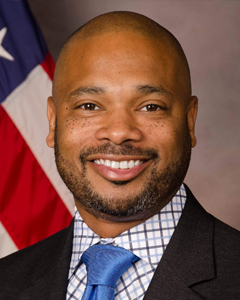 Scott Dorsey is the Resource Specialist and subject matter expert for security and travel at the NESA Center. As the Defense Area Security Officer (DASO), he is responsible for ensuring the NESA Center’s operations comply with National, DoD, and NDU security directives and policies. Mr. Dorsey previously served as the Program Planning Manager at the NESA Center for 15 years. He worked at the NESA Center’s sister organization, the Africa Center for Strategic Studies, as the Program Support Manager. Before working for the NESA Center, Mr. Dorsey was a branch manager for 10 years at Suntrust Bank (Capitol Hill). He has proven expertise in program management, program planning, procurement, accounting, finance, budgeting. He holds an B.S. in Business Administration from Virginia Union University. Scott has several Federal Government Budgeting certificates as well as a Leadership and Planning certificate from George Washington University. 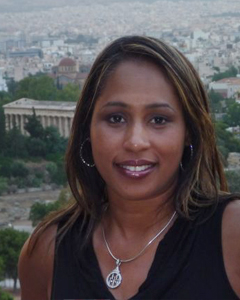 Brooke Zitney works as a Management Analyst for NESA. She has been with NESA for 13 years also serving as Contracting Officer’s Technical Representative (COTR) for all assigned NESA support contracts. She directs, develops and performs logistics management operations required to support mission and or other designated programs. She provides effectiveness and efficiency of resource management and program operations to includes short- and long-range program planning and analysis, and budget analysis. 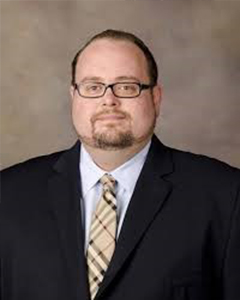 Jeffrey Payne serves as Manager of Academic Affairs at the NESA Center. An Asia Hand and Maritime Specialist by training, he leads programs focused on the maritime domain and pertaining to the Asia-Pacific’s influence in the NESA AOR. Mr. Payne has lectured at universities, think tanks, and national defense institutions throughout the United States and within the NESA Center area of responsibility. His writings have appeared in various peer-reviewed journals and edited volumes. Some of the newspapers and magazines his writing has appeared in include ChinaFile, The Diplomat, War on the Rocks, and the Middle East Institute’s MAP Project Series. 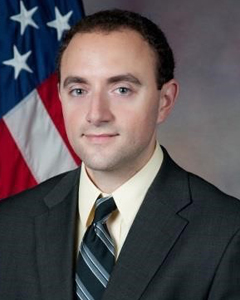 Fahad Malaikah serves as the NESA Center’s In Country Events and Alumni Affairs Coordinator. He additionally serves as Program Manager of the Strategic Studies Network, a unique NESA Center initiative that serves as a consortium of over 65 strategic studies centers from across the NESA region and Europe. Mr. Malaikah joined the NESA Center in 2010 as a Research Associate. He has published articles on Middle East security issues in outlets including The National Interest, The Washington Times, and the Small Wars Journal.