The third digital session of NESA’s IOR Maritime Security Series focuses on India’s IOR security calculations and its maritime strategy.  The discussant is Mr. Abhijit Singh of the Observer Research Foundation in New Delhi, moderated by Jeffrey Payne of NESA.  Highlights from the conversation follow:

Q: What is the focal point in Delhi regarding India’s maritime strategy?

India’s primary geographic maritime focus is in South Asia, including the Bay of Bengal, Arabian Sea, and the waters surrounding the South Asian island states.  The Indian Navy also is expanding its diplomatic role as a ‘first responder to crises’ and as a net security provider throughout the region.  Yet, the Indian Navy also retains its warfighting capabilities in response to maritime challenges. China’s operations in the Indian Ocean Region (IOR) are a specific concern.  Furthermore, the Indian Navy remains committed to regional patrols, especially in the waters around South Asia and near IOR chokepoints.

Q: How is the Indian Navy dealing with maritime domain violent extremism?

Terrorism continues to be a big challenge and Indian maritime strategy is evolving in stages. In the early 2010s, the focus was almost entirely on coastal security and CVE, but now the worry is about hybrid attacks on both civilian and military targets.  However, other countries in the region want India to take a leadership role that goes beyond CVE, and engage in infrastructure building, maritime domain awareness, and humanitarian services.

Q: What is the Indian Navy’s long-term goal when it comes to China’s military and diplomatic involvement in the IOR? What are the goals surrounding China-India border challenges?

In the maritime domain, China and India are not officially adversaries, but there is a definite lack of trust. India is afraid that as the Chinese footprint grows, they will take over India’s strategic space in the region. Some Chinese activities in the Indian Ocean that concern India include the deployment of Chinese submarines, the presence of Chinese survey vessels in the Bay of Bengal, and Chinese fishing fleets in the Western Indian Ocean. Indian analysts are worried China is trying to normalize its presence in the Indian Ocean and establish itself as a major maritime power.

Q: The Indian military is much more openly concerned about Chinese aspirations than the political leadership of the country – is that a fair assessment?  Is the India-China relationship deteriorating?

India and China are competitors and China has an upper hand in the relationship.  New Delhi has tried to reassure China that both countries can respect each other’s red lines. For instance, India does not conduct many operations in the South China Sea, and in return it expects China will not interfere in the IOR. But in practice, China has been expanding its presence in the IOR because of economic interests – including elements of its Belt and Road Initiative.  The nature of the India-China maritime relationship is also highly dependent on the larger political relationship and bilateral tensions in other domains, such as the current tensions near Ladakh/Aksai Chin.

Q: What is the trajectory of U.S.-Indian naval cooperation? What are target areas to deepen that relationship?

U.S.-Indian naval cooperation is on an exceedingly positive trajectory (as are army and air force relationships). Recently they have made significant progress in joint naval exercises, signed logistics and communications agreements that increase U.S.-Indian interoperability and interoperability between India and U.S. regional allies. India also has an increasingly close relationship with CENTCOM. However, the U.S. is somewhat disappointed the two countries are not closer partners in the maritime domain, but New Delhi is hesitant to become closer to avoid the impression of being a U.S. ally (in the context of U.S.-China competition). But this might change in light of border issues with China.

Q: India tends to be the most hesitant actor in the Quad (U.S., Japan, India, Australia) – is this perspective changing in the Indian Navy and among political leadership?

There are two narratives of the Quad in India.  The pre-COVID-19 narrative for India was that the Quad was a consultative body with nothing to do with the Indo-Pacific and confronting China. India’s view on the “free and open Indo-Pacific” concept was that it should be free, open, and inclusive – i.e. inclusive to China.  In contrast, Washington viewed the Quad more in terms of great power competition, countering Chinese aggression, and maritime operations. Post-COVID-19, India is less concerned with inclusiveness and more willing to acknowledge the “rules-based order.” Overall, India is adopting a more assertive maritime security perspective. The U.S. is also gradually getting more interested in infrastructure and economic initiatives vis-a-vis the quad than was the case earlier, which is positive for India.

Q: What priority does the U.S. attach to Indian Ocean challenges? How does the U.S. see Indian-U.S. maritime relations proceeding in the post-COVID world?

In terms of the Indo-Pacific the U.S. is much more focused on the Western Pacific because of its strategic partners in the region, issues on the Korean peninsula, and the China challenge. But the U.S. is increasingly doing more work on an American Indian Ocean concept that is more comprehensive, rather than focused on specific pockets of the region, in part because of India’s interest in CENTCOM and its reliance on energy flows from MENA. The challenge for the U.S. post-COVID is that its list of priorities is very long, so in the short-run the U.S. will prioritize non-traditional threats in specific parts of the Indo-Pacific, rather than a comprehensive regional response. Countries are focused inwardly dealing with COVID-19 right now, so all engaged analysts and actors need to think about how to get policymakers’ attention on IOR issues. India has an unparalleled opportunity right now to signal to the U.S. key areas that it wants U.S. assistance with and can shape U.S. policy in the region.  Likewise, the U.S. has a great opportunity to further advance its relationship with India. 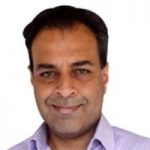