The NESA Center produces hundreds to thousands of exceptional alumni every year who go on to change the world through their words and deeds. Each year, NESA senior leadership honors someone from the NESA alumni community who advances the mission of the Center through dedicated efforts in academia, public service, or civil society organizations that enhance regional security.

Since 2010, this award has been bestowed upon eight individuals from the nearly-10,000 changemakers from over 120 countries who have graduated from NESA programs. 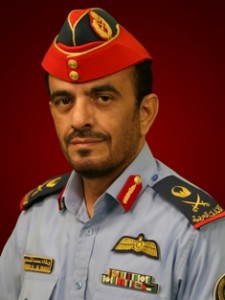 Major General Staff Pilot Rashad Al Sa’adi has held his current assignment as the Commandant of National Defense College since 2, August 2012. He joined the UAE Armed Forces in 1978 and obtained his basic aviation certificate from the French Army Aviation School in 1979. He started his professional career as an operational pilot in the Anti-tank Helicopter Squadron (Gazelle). After he obtained his Qualified Flight Instructor Certificate from the Royal Air Force (UK), he joined the Anti-surface Vessel and General Utility Squadrons.He participated in many local and overseas courses such as France, Egypt, United Kingdom and the United States of America. Among these courses was the Air Warfare Course held at the Air University at Maxwell Air Force Base in Alabama. He also took part in many programs, seminars, and workshops with senior military and government officials at Harvard University and the US National Defense University.    Read Moreclose 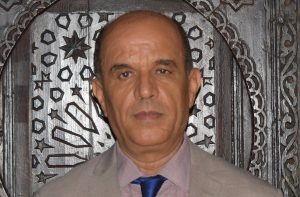 Professor Kamal Ben Younes, The NESA Center’s 2018 Distinguished Alumnus, is a Tunisian political analyst and civil society leader. He is the Director of the International Studies and Communication Institute (INCOME) think tank, and was selected by the Tunisian Ministry of Foreign Affairs to serve as the General Director of Tunisian Radio Zitouna, Tunisia’s government-sponsored radio station that works to counter radical Islamist narratives. He partners with the BBC, Asharq al-Awsat, and other major worldwide and regional news sources and periodicals as a North Africa expert and media analyst.    Read Moreclose

Since 2003—for over fifteen years—Professor Ben Younes has established himself as among the NESA Center’s most active alumni, participating in an average of 4 NESA-sponsored programs per year since 2003. He has assisted an extensive list of both NESA-AFRICOM programs as well as NESA Levant and Gulf programs, including providing major support in securing Tunisian government support of a NESA-Yemen workshop, at a time when no country would permit the hosting of Yemeni delegates. Ninety-five percent of NESA alumni that have been recommended to NESA courses by Professor Ben Younes—including daughter, Sahar, and son, Firas—have remained actively engaged in the global NESA alumni network. 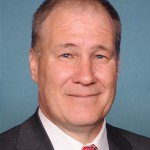 Honorable Congressman Trent Kelly was born on March 1, 1966, in Union, Mississippi. He graduated from Union High School and East Central Community College. He earned his bachelor’s degree and juris doctor from the University of Mississippi. In 2010, he received his master’s degree in Strategic Studies from the United States Army War College in Carlisle, Pennsylvania.

Congressman Kelly spent 30 years in the Mississippi Army National Guard as an Engineer and currently serves as a Colonel. In 1990, he mobilized for Desert Storm as an Engineer Second Lieutenant. In 2005, he deployed as a Major to Iraq with the 155th Brigade as the Operations Officer of the 150th Engineer Battalion. From 2009 to 2010, he was deployed as a Lieutenant Colonel to Iraq as the Battalion Commander of Task Force Knight of the 155th Brigade Combat Team and commanded over 670 troops from Mississippi, Ohio, and Kentucky. He has received two Bronze Stars, the Combat Action Badge, the DeFleury Medal, and numerous other federal and state awards for his service.   Read Moreclose

Prior to his tenure in Congress, Mr. Kelly maintained a private law practice in Saltillo and worked as a Manager for McRae’s Department Store. Congressman Kelly has previously held public office as the District Attorney for the 1st Circuit Judicial District (Lee, Pontotoc, Alcorn, Monroe, Itawamba, Prentiss, and Tishomingo) managing all felony cases and as the Tupelo City Prosecutor and Forfeiture Attorney for North Mississippi Narcotics Unit.

Aisha Bint Al Hussein was born April 23, 1968 in Amman, Jordan. She was educated in Amman until the age of eight. She spent the next ten years in the United States, beginning in Washington DC and ending with her graduating from Dana Hall High School in Wellesley, Massachusetts, in 1986. While on summer holiday in Amman, before starting her senior year at Dana Hall, Aisha became the first female in the Middle East to complete five military parachute jumps and receive her wings. She then enrolled in the Royal Military Academy, Sandhurst in the United Kingdom, where she completed her officer’s training course in April 1987. She was the first female from the Middle East to attend Sandhurst. Aisha completed her second education by receiving her undergraduate degree in Modern Middle East History and Politics from Pembroke College of Oxford University. In 1990, Aisha married Zeid Saadedine Juma in Amman. They have a boy, Aoun, born on May 27, 1992, and a girl, Muna, born on July 18, 1996.    Read Moreclose

After graduation from the Royal Military Academy Sandhurst, Major General Aisha spent three months on a special course set by the British Army in which she visited all of the female military establishments in Great Britain. The course gave her valuable insight about how to go about advancing the interests of military women in Jordan.

While on breaks from Oxford University, Major General Aisha worked with the Special Forces and graduated several parachute courses. From 1993 until 1994, she was Founder and Researcher of the Office of HRH Princess Aisha and in 1995 she became Director of the Directorate of Women’s Affairs in the Jordanian Armed Forces. Also in 1995, Major General Aisha completed a security and protection training course with the Royal Guard.

In 1988, she received her first medal for hanging under a helicopter with members of the Special Forces during a fly-by at a military parade for His Majesty King Hussein. Her other awards include: The Order of Merit – Level 4, The Decoration of Independence – Level 1, The Medal of Administrative Competence, and the King Hussein Medal for Excellence, for taking first place in M-16 marksmanship on the Royal Guard Protection Course.

Major General Aisha has always been interested in women’s rights and has enjoyed breaking new ground on behalf of women in Jordan. She is always interested in supporting women in finding new roles within Jordan and believes that with the right qualifications, women in Jordan are capable of holding positions on all levels, whether in government, the private sector, or in institutions such as the armed forces. Major General Aisha serves as patron for official functions supporting various charities, schools, and universities with Jordan. In her spare time, she enjoys reading and sports.

His Excellency Abdul Lateef Bin Rashid Al Zayani, Secretary General of the Gulf Cooperation Council (GCC) beginning April 1, 2011, is a retired general in the Bahrain Defense Force. Before his appointment as secretary general of the GCC, His Excellency served as adviser within The General Court of the Ministry of Foreign Affairs, with the rank of minister.

A graduate of the Royal Military Academy, Sandhurst, UK, General Al Zayani has advanced degrees from the U.S. Air Force Institute of Technology and a doctorate in operations research from the U.S. Naval Postgraduate School.    Read Moreclose

As a member of the Bahrain Defense Force, General Al Zayani served in the 1st Royal Mechanized Battalion, the Royal Air Defense, and the Royal Bahraini Air Force. He has held positions as Director of Planning and Organizations, Director of Joint Operations, Assistant Chief of Staff for Operations in charge of joint operations, plans, training, force development, and command and control. In the Ministry of the Interior, General Al Zayani served as Chief of Public Security, responsible for commanding and for modernizing the Police Force, Special Forces, the Coast Guard and the Civil Defense and Fire Service.

General Sher Mohammad Karimi was born 1 November, 1945 in Khost Province, Afghanistan. He became the first Afghan to graduate from the prestigious Royal Military Academy at Sandhurst, United Kingdom, in the late 1960’s. He would later attend and graduate from the National Defense College of India. General Karimi later become a graduate of the U.S. Army Command and General Staff College and completes the US Army Special Forces, Airborne, and Ranger training programs in the early 1970s.

After the 1978 communist coup in Afghanistan, General Karimi was incarcerated due to his Western education. Unlike many of his communist colleagues and the majority of the Afghan officer corps, he had never received training in the Soviet Union. General Karimi was eventually forced into exile in neighboring Pakistan, where he lived until the demise of the Taliban regime in 2001.    Read Moreclose

Ambassador Faysal Gouia is a resourceful, self-motivated Diplomat, with a long history in diplomacy and a tremendously successful record of achievements in international relations. He is noted for his keen strengths and contributions in policy analysis, public relations, analytical research, report writing, and effective communications in a challenging world. Ambassador Gouia is a leader dedicated to building confidence and trust in complex environments.

His Excellency was previously the Cultural and Press Counsellor, Economic and Commercial Counsellor, and Deputy Chief of Mission at the Embassy of Tunisia in Washington. He has served as Ambassador of Tunisia to the following:

Ambassador Gouia is married with two children and we warmly welcome him and Mrs. Gouia to Washington, D.C. 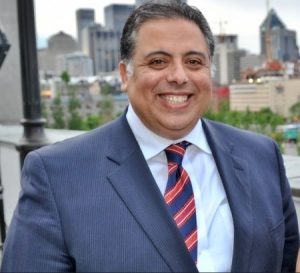 After graduating from the American University in Cairo in 1984, with a Bachelor of Arts in political science, Ambassador Meleika joined the Egyptian Foreign Service in July 1985. He enrolled at the Institute for Diplomatic Studies for a training period, which included a short trip to the United Kingdom and a longer three-month trip to the Center for African studies at the University of Bordeaux, France.

Meleika has served on four international missions during the past 24 years. His first one was at the Embassy of Egypt in Addis Ababa, Ethiopia (1987 – 1991). He was then summoned to the embassy at Hague, the Netherlands (1992 – 1996). His third assignment was at the consulate general of Egypt in Hong Kong Special Administrative Region (SAR) of the People’s Republic of China (1997 – 2001). His last international post was in Geneva as deputy chief of mission of Egypt to the United Nations.    Read Moreclose

On the national level, Meleika has served in different departments, namely Africa, economic affairs, minister’s cabinet (assistant to the ministry’s spokesman), East European affairs and as deputy director of the Institute for Diplomatic Studies. Before going to his last assignment, he assumed the position of counselor at the cabinet of the minister of foreign affairs. He has also held the title of the Deputy Assistant Foreign Minister for North American affairs at the Ministry of Foreign Affairs.