This is the second engagement of NESA’s South Asia Interview series. NESA Distinguished Professor Hassan Abbas interviews Christophe Jaffrelot who is Avantha Chair and Professor of Indian Politics and Sociology at the King’s India Institute and also the Research Lead for the Global Institutes, King’s College London.

Hassan Abbas: Welcome Professor Jaffrelot. I am borrowing language for my first question from the subtitle of your recent book on India: Tell me “How Hindu nationalism is changing India.”

Christophe Jeffrelot: To summarize a book in few sentences is not easy, but I can list the subjects scrutinized by the contributors under two large rubrics: national-populism and ethnic democracy. While BJP could never win a majority in the Lok Sabha before Narendra Modi took over power in the party, Modi has brought something new to it: a national-populist repertoire that combines the Hindutva ideology of the Sangh Parivar and a new style as Modi relates directly to the people in a very effective manner (he’s a good orator in particular), claiming that he comes from the people because of his plebeian origins. This populist style finds expression in a constant use of emotions (including the fear of the Other) and a systematic rejection of the establishment (associated with the Congress and its leaders in his discourse). But populism is also conducive to authoritarianism: as the leader claims that he epitomizes the people, he concentrates power at the expense of his ministers, his party, the parliament, federalism… and there is very little space left for the opposition, as all the other political forces are seen as illegitimate and depicted as anti-national. Hence the objective of a “Congress free India”. In some states, even when Congress won the elections, they lost power after sometime when some of his elected representatives defected for various, opaque reasons to the BJP, the new hegemon. 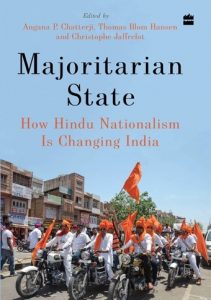 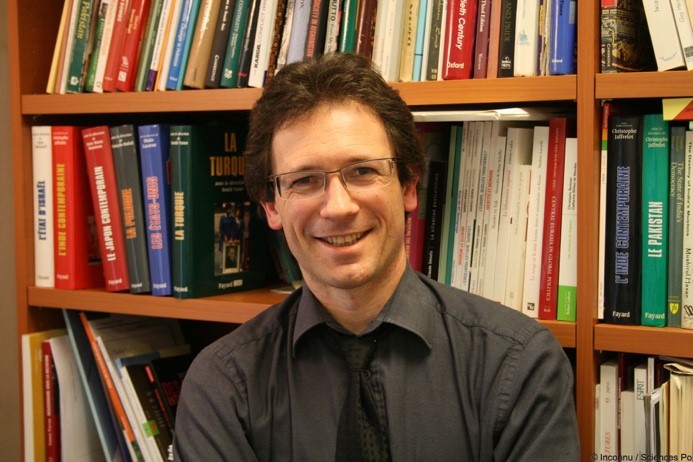 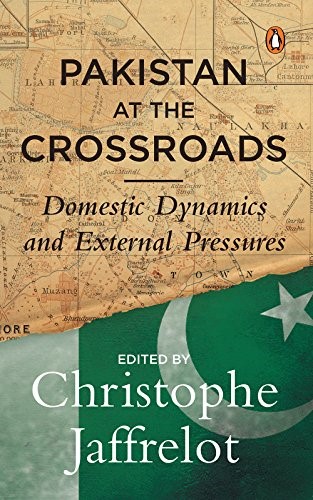 The other side of the Indian coin is “ethnic democracy” – a concept invented by an Israeli political scientist, Samy Smooha. It refers to the promotion of the Hindu culture and the Hindu community at the expense of secularism and the minorities, especially the Muslims and the Christians, which tend to become second class citizens. These groups were already underrepresented in the administration, the police, the army… they are now marginalized in the assemblies. There is no Muslim BJP MP in the Lok Sabha, for instance. More importantly, Muslims (and to some extent Christians) have been targeted by campaigns of reconversion before being victims of lynching in the name of cow protection. Secular Indians have also been affected by national-populism and the ethnicization of the Indian democracy: journalists, student union leaders, human rights activists, and liberals in general have been harassed by vigilantes and trolls in particular when they expressed dissenting views.

These evolutions, during the first term of Narendra Modi, transformed India into a de facto Hindu Rashtra, a Hindu-dominated nation – that rewrote its history too, as evidenced from some textbooks where the ideologues of the Hindutva movement have gained prominence at the expense, for instance, of Nehru. The second term of Modi, after one year, is already different because of reforms of the Constitution (like the one concerning Article 370 that reduced the autonomy of Jammu and Kashmir, a province that is not a state any more but a Union Territory) and the passing of new laws (like the Citizenship Amendment Act which makes the Muslim refugees from Bangladesh, Afghanistan and Pakistan non-eligible for Indian citizenship). Hindu nationalism may therefore change India even more during Modi’s second term.

Hassan Abbas:  Your scholarly contributions are very valuable for South Asia watchers and I can’t help but frame the second question by yet again borrowing from the title of one of your works, this time from your research paper on the 2019 Indian election: “Why have so many of the poor started to vote for Modi?”

Christophe Jeffrelot: To write this article, I used the data collected by the Centre for the Study of Developing Societies in the framework of its 2019 National Election Survey. It shows that the poor voted as much as others for BJP in 2019 – for a change. This evolution reflects the popularity of Modi across the board and the rise of Hindu nationalist feelings in the context of the election campaign, a campaign dominated by anti-Pakistani mobilizations due to the Pulwama terrorist attack. But the way the poor supported BJP was also due to what I call the paradox of positive discrimination. This system of reservations in favor of Scheduled Castes – the ex-Untouchables who often prefer to call themselves Dalits – has increased socio-economic differences between sub castes of jatis. Because some of them have gradually cornered most of the quotas in the public sector and in the universities. In Uttar Pradesh, Jatavs are a case in point, in Maharashtra, the Mahars… almost in each state one caste group has become dominant in socio-economic terms and is supporting “their” party: Jatavs vote for BSP in UP, Mahars for the RPIs in Maharashtra etc. The BJP has been shrewd enough to nominate candidates belonging to other, weaker SC jatis which resent the rise of so-called “dominant” SC jatis to socio-economic and political power. They have supported Modi’s party massively – and therefore many more poor have voted for the BJP in 2019. The same thing happened with Other Backward Classes, low caste groups among which dominant jatis have benefited from reservations and have created their own parties. The Yadavs are a case in point, in UP and Bihar where they are supporting the Samajwadi Party and the RJD. Again, the BJP has cashed in on the non-Yadav OBCs, who resent the Yadavs’ domination. As a result, the poor voters have supported the BJP more than before, not because they were poor, but because they belonged to subaltern jatis that the party has wooed by nominating many candidates from their ranks. This stratagem shows that, while the BJP claims that Hindutva is above caste, in fact, the party is constantly factoring caste in its politics.

Hassan Abbas: India’s economic challenges are only becoming more severe with the impact of Covid -19, as is the case for many other states in the region. Do you think this economic stress will influence its regional security considerations in any way?

Christophe Jeffrelot: India was already experiencing a severe slowdown before it was hit by the Covid crisis; Between 2016-17 and 2019-20, the growth rate was almost divided by two, from almost 8% to 4.2%. The country is facing an even more challenging future for that reason: the fiscal deficit was already at about 10% of the GDP, the investment rate had lost 10 percentage points in ten years, the Non-Performing Assets affecting public banks were above 10%… For all these reasons, the relief package announced by the government represented less than 2 % of the GDP – it will not allow the country to attenuate significantly the crisis. Last but not least, India has not yet seen the peak of the pandemic, that will continue to disorganize the economy for quite some time.

How will these developments impact India’s regional security considerations? The defense budget has already experienced some erosion and India has not been in a position to resist China on the economic front over the last five years: not only has India tried to attract Chinese investments, but it has not been able to prevent some of its neighbors from rallying around the Middle Kingdom. Sri Lanka has alienated some of its sovereignty vis-à-vis China after Beijing invested massively in the island (for creating a deep sea port in particular) – and Nepal follow the same trajectory. Clearly, India cannot compete with China in its own region and this trend makes it more vulnerable in terms of national security – and its economic perspectives will not help.

Hassan Abbas: To this point, a few days ago, China and India were on the warpath in Ladakh where India lost 20 soldiers. Such intensity of conflict between the two powers is unprecedented since 1967; how would you interpret this development?

Christophe Jeffrelot: This episode may indeed reflect the vulnerability of India vis-à-vis China. Some analysts attribute the “Chinese aggression” to the context created by the Covid crisis in India. This crisis has possibly accelerated the course of history, but China had already been irritated by other, more structural factors. First, India refused to be part of the Belt and Road Initiative that China launched in 2013 and even criticized one of its legs, the China Pakistan Economic Corridor (CPEC), because it crossed parts of Jammu and Kashmir claimed by India. Secondly, the India-US rapprochement intensified, in spite of President Trump’s clearly anti-Chinese policies (at least in terms of trade). Thirdly, India sounded revisionist to the Chinese ears when the Modi government partly justified the bifurcation of Jammu and Kashmir (J & K) and the creation of a separate Ladakh directly ruled by New Delhi in August 2019 by invoking the old Hindu nationalist “Akhand Bharat” project – which implies that the whole of Jammu and Kashmir has to be retrieved, including the Aksai Chin, that part of J & K that China conquered in 1962.

In the short term, India may not react militarily to what has happened in mid-June. This is the conclusion one may draw from the fact that Narendra Modi has denied that the Chinese attack has resulted in any loss of Indian territory: if there is no Chinese on the Indian soil, there is no need to fight… (Incidentally, such a discourse may be counterproductive vis-à-vis the Chinese who may think that India is not in a position to hit back militarily).

In the medium term, India will probably try to do two things: to emancipate from its economic dependence vis-à-vis China (in key sectors like the pharmaceutical industry, for instance) – but that will be a long and costly process – and to look for partners interested in China containment. This strategy would fit in India’s definition of the Indo-Pacific, as a geo-political concept whose sub text may be China containment. India may share the views of the US, Japan and Australia in this respect. But would these countries – including India – transform the “Quad” they have formed years ago into a truly anti-China coalition? This is probably the most important question for the geo-strategic future of the 21st century – but I’m not sufficiently qualified to speculate and offer an answer!

Professor Jaffrelot, a leading international scholar on South Asian politics, also teaches at Sciences Po, Paris and is an Overseas Fellow at the Carnegie Endowment for International Peace. He was Director of Centre d’Etudes et de Recherches Internationales (CERI) at Sciences Po between 2000 and 2008. He is a prolific writer, the author of many well acclaimed books. His recently edited books, which are highly valuable for our understanding of contemporary developments in South Asia, include Majoritarian State: How Hindu Nationalism is Changing India (Harper Collins India, 2019), Pan-Islamic Connections: Transnational Networks Between South Asia and the Gulf (Oxford University Press, 2018), and Pakistan at the Crossroads: Domestic Dynamics, External Pressures (Columbia University Press, 2016). Click here more details about his publications.

Be sure to see the first interview of the South Asia Series: Governance, Counterterrorism and Policing in Pakistan – A Conversation with Azhar Nadeem, Inspector General of Police (retired)