On July 30, the NESA Center hosted the Azerbaijani Ambassador to the United States, His
Excellency Elin Suleymanov, for a roundtable discussion moderated by Hassan Abbas. The
discussion covered Azerbaijan’s strategic and cultural significance, the country’s longstanding
conflict with Armenia, and its value and importance to US interests. Participants representing NESA and other US government agencies were able to ask questions and engage in frank, not-for-attribution conversation with the Ambassador. 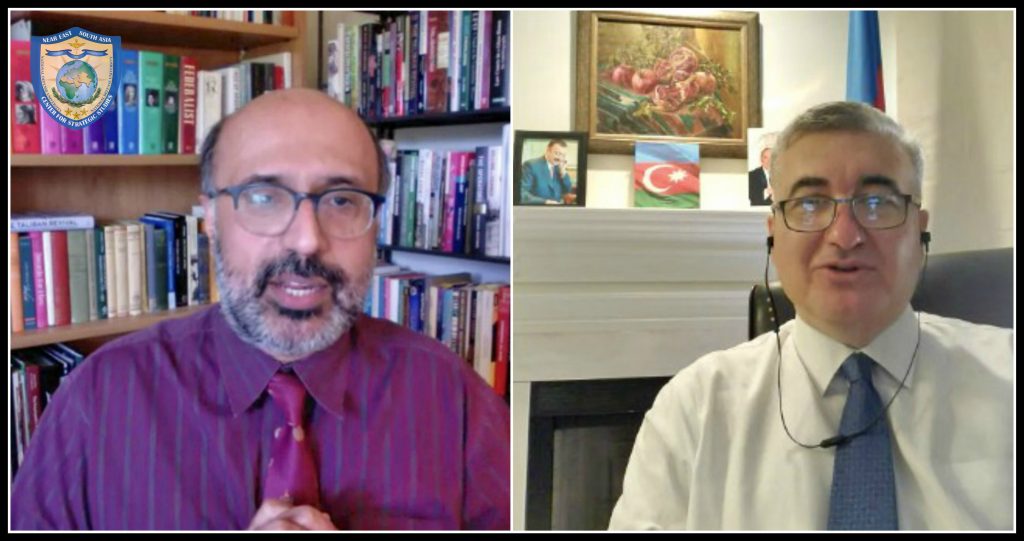 His Excellency Elin Suleymanov has served as the Ambassador of the Republic of Azerbaijan to
the United States since October 2011. He has previous experience at the Embassy of Azerbaijan
in Washington D.C, the Azerbaijani Foreign Relations Department, the United Nations High
Commission for Refugees in Azerbaijan, and at the Open Media Research Institute in Prague. He
also served as Azerbaijan’s first Consul General to Los Angeles, California with the rank of
Envoy Extraordinary and Plenipotentiary.