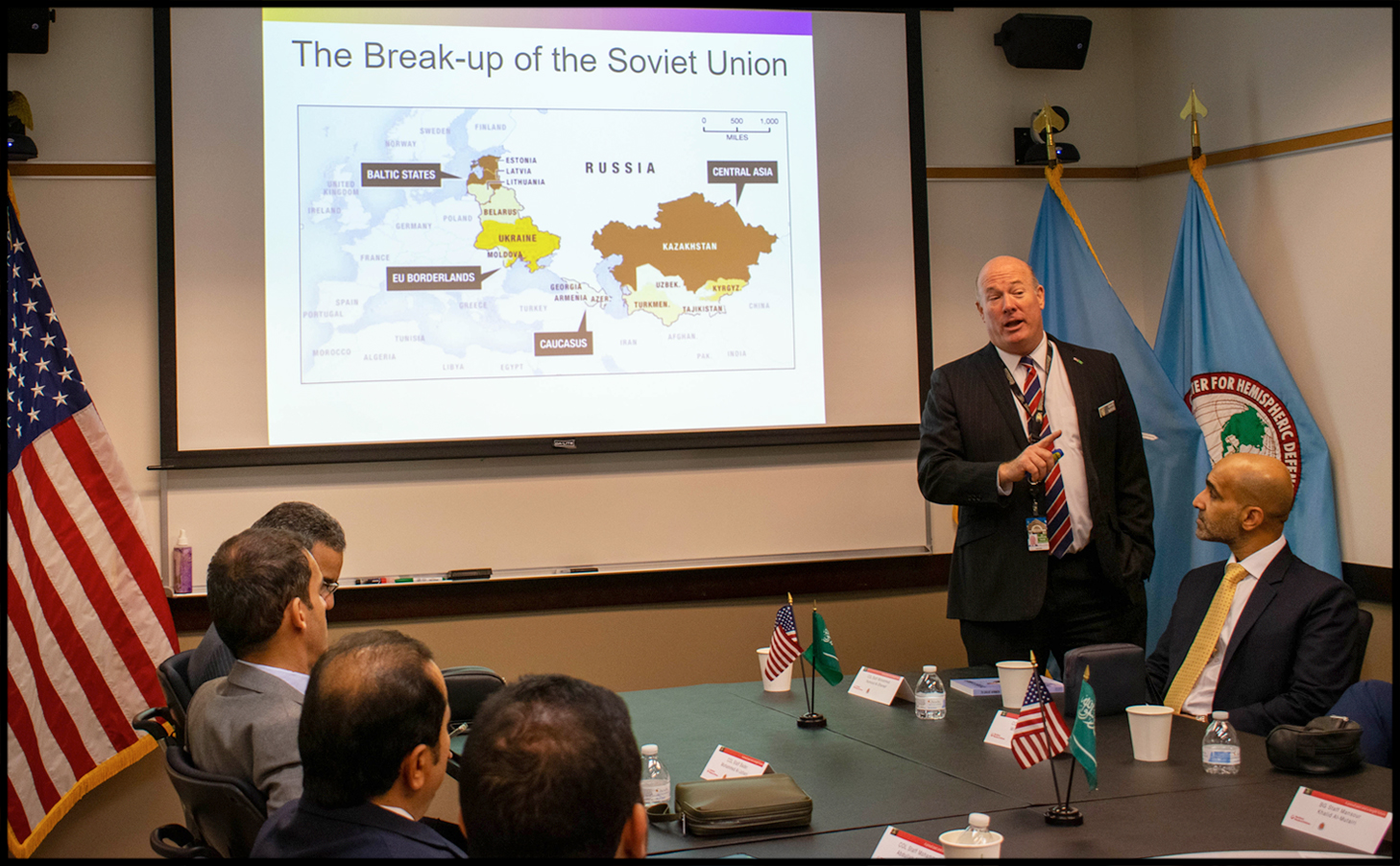 From 23 September until 7 October 2022 the NESA Center, in partnership with Raytheon, conducted the eighteenth iteration of the Royal Saudi Air Defense Forces (RSADF) Executive Leadership Program. As in other programs, this course brings senior military officers (all on this specific program were general officers) from the RSADF to the United States to discuss critical security issues. This program was held in Washington D.C. and Boston.

Participants also visited the U.S. Capitol with former Representative Dennis Hertel, visited the U.S. Early Warning Radar at Cape Cod, received an in-depth guided tour of the National Museum of the U.S. Army from LTG PT Mikloshek (USA Ret), and visited the Raytheon radar and PAC 2 missile plants in Boston. This program was run at no cost to the NESA Center and has educated every general staff primary officer and regional commander in the RSADF.