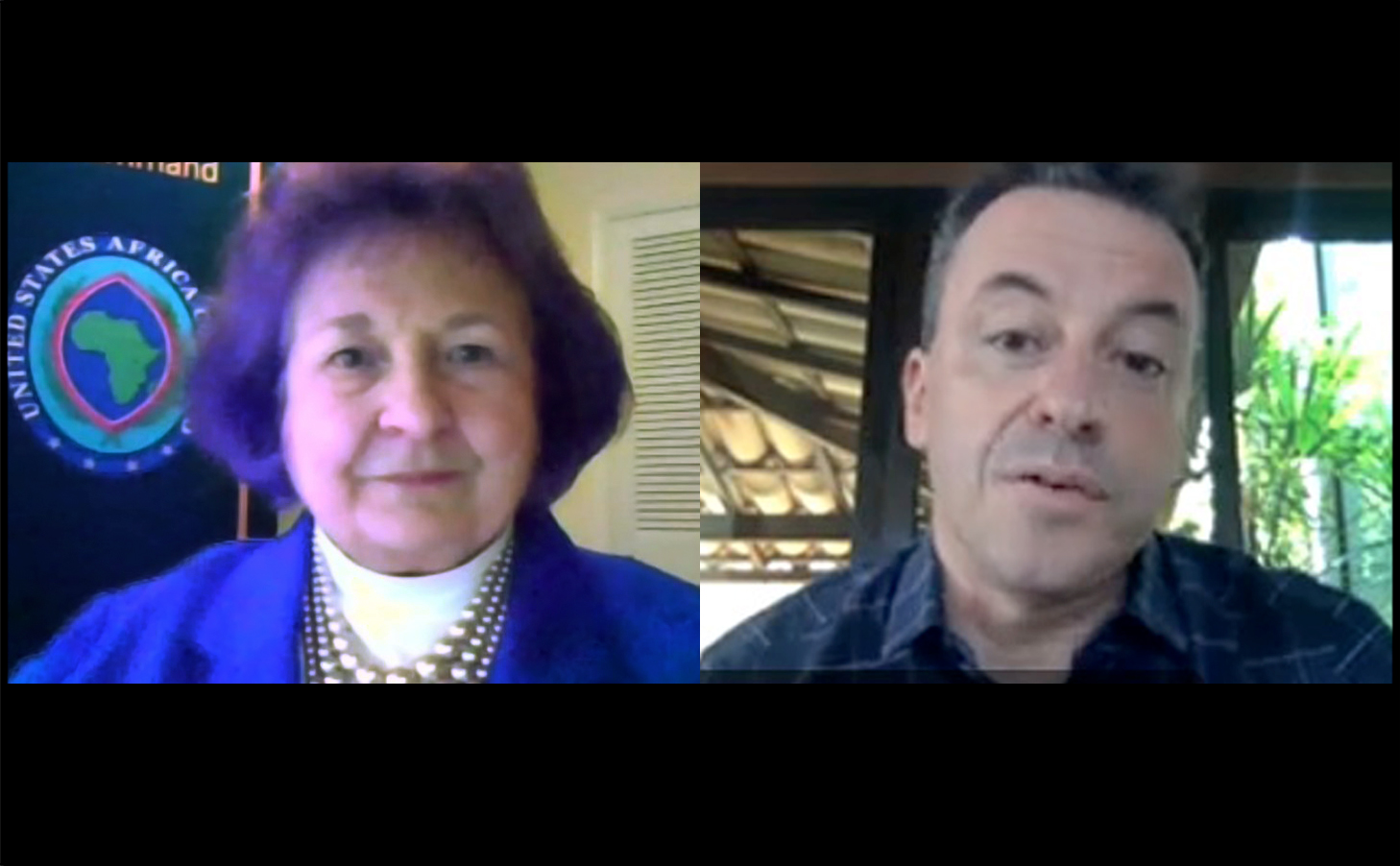 On 26 October 2022, Professor Anne Moisan conducted the “NESA-AFRICOM Transnational Threats: Criminal Insurgency” Online Round Table, the last in the series of in-person and online sessions stretching through 2022. This specific session was Part II/II with NESA-AFRICOM Alumni from the 13–23 June 2022 sessions held in Tunis, Tunisia.

“Criminal Insurgency” has become very trendy in recent years, given that it affects countries across the Globe. Small Wars Journal defines it as “the mechanism of the confrontation with the state that results when the relationships between organized crime and the state fall into disequilibrium.” It differs from traditional conventional terrorism and insurgency as the prime political motivation of criminal groups is for autonomy and economic control over a region to ensure freedom of movement for its criminal activities.

Governments have also come to realize it’s hard to counter with their usual toolkits. The U.S. military is becoming more interested in this topic and in building partner capacity, given its implications in national security and urban warfare. Likewise, our partners both in the Americas and Africa live the reality every day of criminal groups using violence, corruption, and information operations to promote their goals.

The speaker is a NESA-AFRICOM and WJPC (William J. Perry Center for Hemispheric Defense Studies) Alumni, Dr. Christian Vianna de Azevedo, a Special Agent with the Brazilian Federal Police for the past 20 years, currently serving as the Under Secretary of Justice and Public Security for Intelligence and Integration within the Department of Justice and Public Security in the State of Minas Gerais – Brazil. His areas of expertise include intelligence, counterterrorism, and countering transnational organized crime, with extensive experience in transnational crime investigations and counterterrorism, both in Brazil and overseas, where he was recently deployed for one year in the Middle East region to investigate transnational terrorism threats and terrorism facilitation (crime x terror nexus).

Twenty-five NESA-AFRICOM Alumni from nine countries who participated in Part I in Tunisia logged in to the online session to discuss not only criminal insurgency but also initiatives to combat this growing threat.